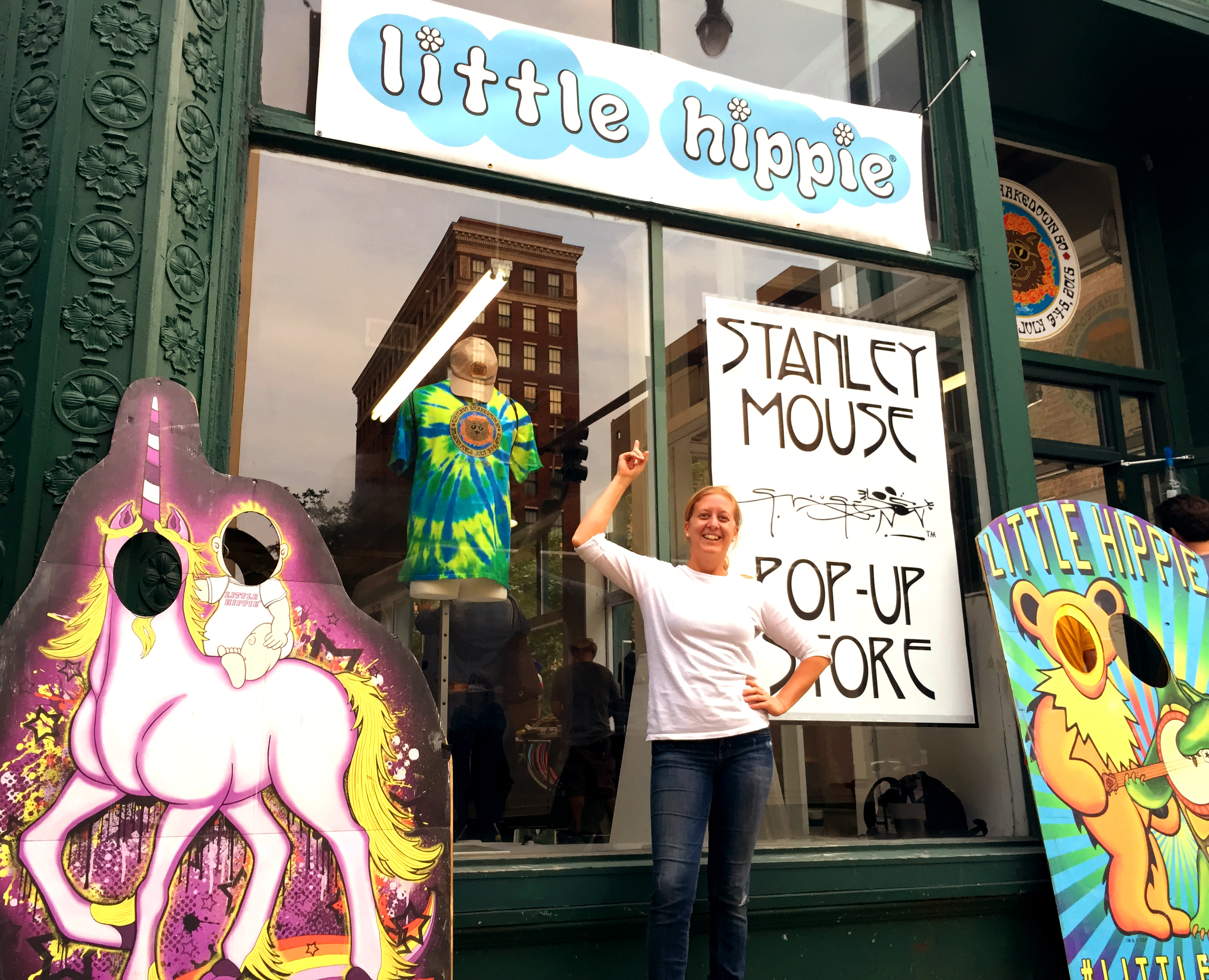 With the Fare Thee Well shows come and gone, I’m left reminiscing about how I got here in the first place.

In the summer of 2001, when I was wide eyed and ready to see the world, I set out on a mission to photograph music festival culture.

The previous fall I had been in Los Angeles working for a photographer where I met the people who would soon introduce me to the jamband world. That winter back at home in New York City, I went to shows at the Wetlands (RIP) every weekend, meeting lots of people and learning everything I could about festivals.

I was young and didn’t know what I was doing, but I knew I wanted to be a photographer and that I needed a portfolio. Music festivals sounded like a great subject, so I made the most of the few connections I had then and lined up press passes for ten festivals that following summer and set out on the road.

I never could have imagined the course of events that was being set in motion. By the end of the summer I was totally in love with festival culture and was drawn to the live music community because of the sense that anything was possible within it. The boundaries that had hemmed me in during my traditional upbringing fell away, and the camera provided a way for me to overcome my inherent shyness and make many new friends. It felt like I had found a home.

My intention was to wrap the project up after Labor Day, but I couldn’t resist going to an eleventh festival, and that’s when my life really began. I met a guy that weekend who was like no one I’d ever met before. Funny and creative with lots of ideas – and a full decade older than me – he had an arsenal of stories from years on tour with the Grateful Dead while I was still a kid. He knew how to make and sell things, a concept that was entirely new to me, and one that I very much wanted to learn.

One of the only places he hadn’t been was New York City, so at the end of the weekend I brought him home with me. Two days later we woke up to one of the most astonishingly blue skies New York City has ever seen.

Little did we realize a couple of airplanes had just flown into a couple of buildings, thus closing the airspace over the city creating the perfect bluebird skies at which we were marveling. With all the bridges & tunnels closed, we had no choice but to spend another day together in New York. We left my apartment and walked all over the city, hours and hours of walking and talking. I knew that day as much as I’ve ever known anything: I was not meant to follow a traditional professional path.

The next morning my new friend convinced me to leave New York and go on the road with him. The city was devastated, and it was obvious there would be no work for a young freelancer anytime soon. Going to more festivals sounded like a much better plan.

In the summer of 2002 we were still together, and in August we went to my place in New York for a few days. I woke up in the middle of one of those nights and nudged him. Little Hippie, I said, Little Hippie, and went back to sleep. It didn’t exactly come out of nowhere, but close enough.

We had recently started making t-shirts and would buy bags of second quality shirts in the wholesale district in New York City with whatever money we had and lug them home on the subway. I learned cotton is heavy! We were printing art on heat transfers and I would stay up all night in between every festival to press the transfers onto the t-shirts using the tiny kitchen table in my 550 square foot apartment. He would sleep while I pressed, and then I would sleep while he drove us to the next event. We did this for most of 2002.

That fall on one of our trips to the wholesale district I noticed a small pile of baby shirts stuffed in a corner at one of the wholesalers we frequented. My guy was willing to let me spend enough of our limited funds for two dozen of them, but when we got home, we were low on transfer paper, so he restricted me to one sheet. I designed a very simple logo that said Little Hippie and I fit seven of them on the page. I pressed 7 shirts, putting the other 17 blank ones aside.

I took those seven baby tees the following weekend to an October campout in Ohio hosted by ekoostik hookah and I sold them all within an hour. I never looked back.

I stayed with that guy for two years and they were the hardest most exciting two years of my life. He taught me so much about how to support myself both creatively and on the road.  I was entranced by the lifestyle he had introduced me to and attracted to his endless imagination, but he was not easy to get along with. Like every hippie before me, I had devoured Kerouac’s On the Road in high school, along with many other inspiring books. I wanted to live my own adventures, and in many ways he showed me how, but eventually it was time to move on. When I did, I knew I was unbreakable and I embraced my independence. My durability more than anything is why I think I’ve lasted so many years in business.

In January of 2003 I filed my business license, applied for my trademark, and started my website. Facebook didn’t exist yet, most people didn’t know what a blog was, I was still using an AOL email address, and the internet was still sort of ugly. But somehow it worked, and people found me, and they bought from me, and they made it possible for me to create my own existence as an independent artist.

Of all the people who found me in those early years, none was more significant than the Vice President of Grateful Dead Productions, although I can’t credit the website with that. In late summer of 2003, The Dead, as they were calling themselves then, announced three shows on the West Coast in September: Irvine, Shoreline & The Gorge. I had a deep instinct I needed to go to those shows and scrambled to make it happen.

I was at Irvine selling my stuff off a tarp in the parking lot with some Dead-ish designs that toed the copyright line when suddenly a very tall and somewhat intimidating man was in front of me. I remember that conversation perfectly to this day, mostly because it was so short.

He walked away before I had a chance to say much of anything, but he came back a few minutes later asking me to give him something, saying he wanted to pass it around the office and move things through quickly.  When I looked at his card I saw that he was the Vice President of Grateful Dead Productions.  Though the name Tom Stack didn’t mean anything to me at the time, it certainly does now.  The man changed my life, and I’m grateful to say we’re still friends.

Now, over a decade later, Little Hippie remains alive, well, and more interesting to me than ever.  The stories I’ve collected building this business and living this adventure could fill a book!