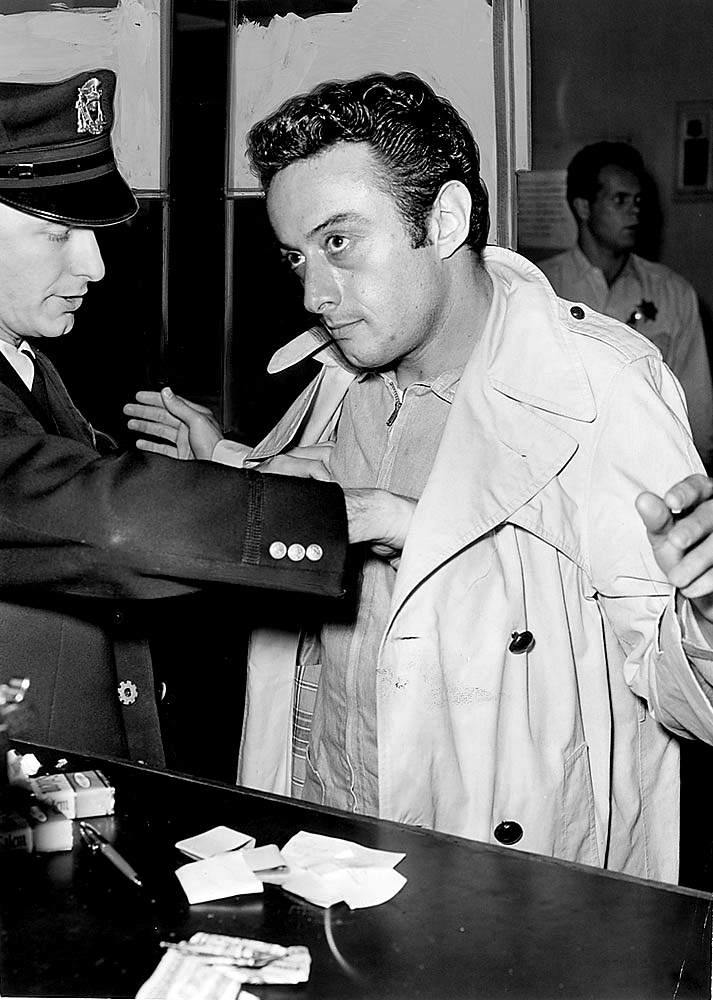 On October 4, 1961, comedian Lenny Bruce was arrested at the Jazz Workshop in San Francisco on obscenity charges for saying what amounted to “two four-letter words and a preposition.”

You may be wondering what this has to do with Jerry Garcia. Nicholas G Meriwether over at the Grateful Dead Archive at UC Santa Cruz made the connection for us.

“Because in the summer of 1962 Garcia got a job,” Meriwether told us, “Lenny was defending himself on obscenity charges; Lenny Bruce’s lawyer’s secretary had a distant connection with Jerry’s wife, Sarah. Jerry ended up spending the summer transcribing Lenny’s routines and it made a tremendous impact on Garcia.

“[Garcia] said he learned about improvisation in a different realm, which was Lenny’s thing. But he also just learned about what an amazing mind and figure Lenny Bruce was. I have always thought that would be an interesting preamble to then a couple years later he meets Neal Cassady, who is yet another stream of consciousness motor mouth.”

Meriwether pointed out two related aspects of influence Lenny Bruce had on the Grateful Dead. “One is that comedy or pop culture can actually be very much high art, and Lenny Bruce’s comedy was just considered absolutely groundbreaking. Instead of being comedy that actually was reassuring, funny and diverting, here’s a comedy that’s forcing you to confront the worst excesses of America – from racism to anti Semitism, you name it. This is Lenny Bruce and he did it with this kind of methamphetamine-fueled frenzy.”

Watch the audio of Lenny describing the arrest in a follow up act below.